Fragrantly flavoured Earl Grey Macarons are really in a league of their own. These delightful macarons are filled with a complimentary softened maple syrup buttercream.
Perfect if you fancy something a bit different and a bit special.

Now then…macarons…true to say, as angelic as is their appearance, these little meringue cookies can be tricky little fellas to get right. The good news is, however, that this post is totally dedicated to arming you with all of the knowledge that you need to master these delightful French fancies.

Whilst only a few ingredients are required for Earl Grey Macarons, they must be exact and the way in which they are brought together must be precise.

The macaron magic only works if the rules are obeyed. It's all in the science so it is. 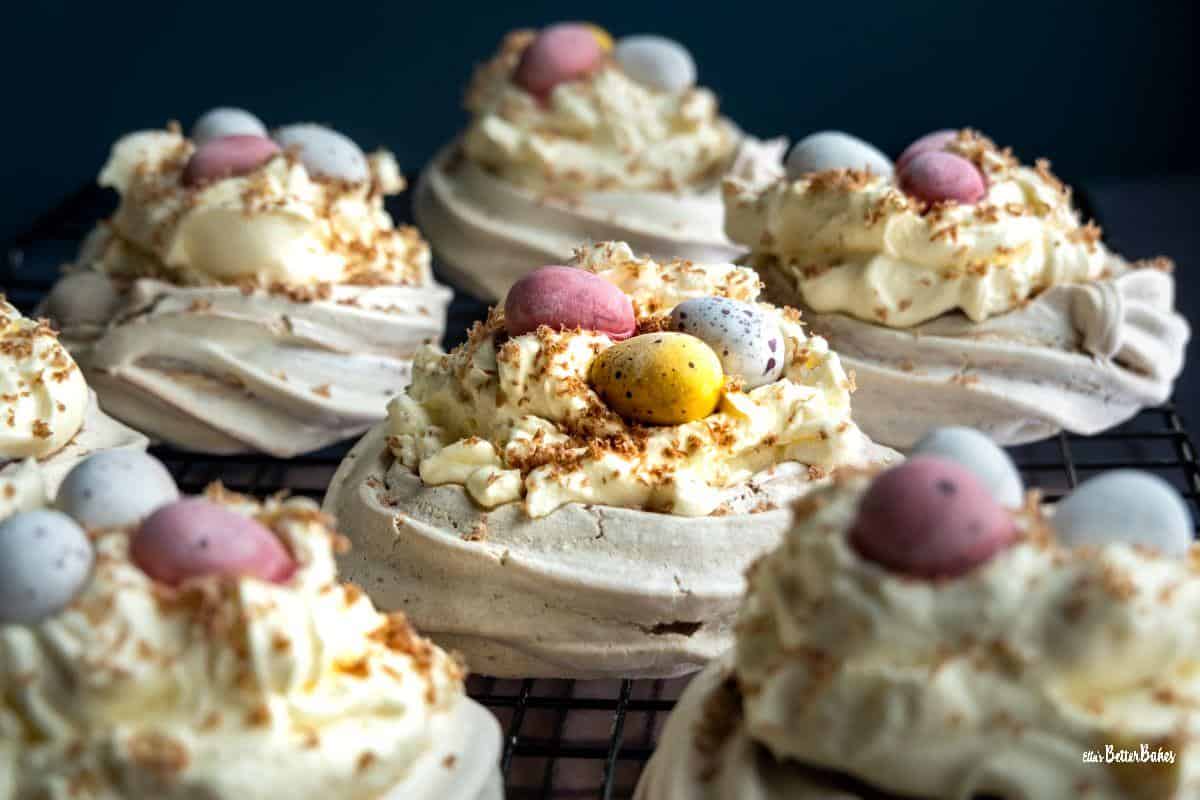 If you love meringue, try my Chocolate Nutella Meringue Nests

Why make these Earl Grey Macarons?

These are extra special and unique macarons ✔️

Almond flour: I had to purchase this from a health food store but it is also available from Amazon. Almond flour is not the same as ground almonds (almond meal), it is much finer. You can grind almonds up in your food processor or blender if you can't get hold of flour. If using this method, I recommend that you grind the almonds in small batches and pulse the food processor, so that you can monitor how the grinding is going. Grind them too much and you will have almond butter.

Icing (confectioners) sugar: we use this with the almond flour in the macaronage process because it absorbs the moisture in the macaron batter. This then gives us the right consistency for the macarons to allow them to grow feet (the fuzzy-looking bit at the base which appears when the macarons bake).

Fine salt: added with the almond flour for extra flavour.

Egg whites: prepare your egg whites by separating them 24 hours before you make your macarons. This is known as ageing the egg whites and produces a thinner consistency which will then whip up easier and with more volume. When ready to make your Earl Grey Macarons however you must ensure that the egg whites first come up to room temperature.

Granulated sugar: is added to the egg whites for sweetness and also to stabilise the meringue structure.

Cream of tartar: this little magic ingredient is important because it also helps stabilise the egg whites and ensures they beat up well. White wine vinegar can be used as an alternative.

Earl Grey tea leaves: are added directly to our meringue mixture. The contents of 1 teabag are needed for a very subtle, fragrant Earl Grey flavour.

Vanilla extract: for some extra flavour and it also goes really well with the Earl Grey flavour.

Gel food colouring: try to use gel colouring if you can, rather than liquid, so that you are not adding additional liquid to the Earl Grey Macaron mixture.

These Earl Grey Macarons will keep for a week if kept refrigerated in an airtight container.

If kept at room temperature consume within 3 days.

You can freeze the baked macaron shells before adding the buttercream for up to 3 months.

Why don't my macarons have feet?

This can occur for several reasons such as if your eggs were not aged first, your batter was too wet or the macaron ‘skin’ did not form before they were baked. Make sure your macarons are dry to the touch before baking and if not leave them for longer, or try putting them in your oven on the lowest setting and leaving the door open.

What should the texture of a macaron be?

When baked, the outside of your Earl Grey Macarons should be thin and crisp. The interior should be light and fluffy with just a little chewiness. The shell should not be coming away from the interior and the base should have risen to allow ‘feet’ to grow. Leaving your macarons to mature for 24 hours should ensure that any slightly hollowness between the interior and the shell top disappears. 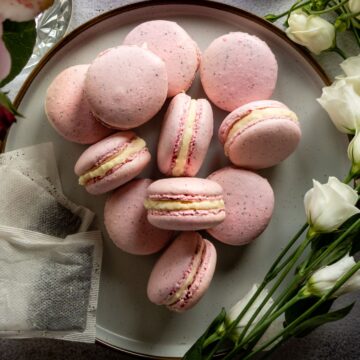