Published: Nov 21, 2021 · Modified: Nov 22, 2021 by Ella's Better Bakes · This post may contain affiliate links and I earn from any qualifying purchases. ·Leave a Comment

These Puff Pastry Mince Pies are the EASIEST mince pies to make! Supremely light and crispy on the outside, a chewy inside and a boozy, zesty enriched mincemeat filling.
Just as well they are so quick to make because they will not stay around for long!

Now, are you a puff pastry mince pie kinda person or do you prefer shortcrust? 🤔

But son number two is definitely in the puff pastry camp, so that's why I tend to make these Puff Pastry Mince Pies more often than not.

What I adore about this puff pastry mince pie recipe is that it is just so EASY.

You won't even need a bun tin, just a baking sheet is required. So, no worrying about whether they will detach from the tin or not when baked. No trying to hoist them out of their bun hole cavity without either damaging them or burning fingers! 🤣

They have a gorgeous flaky but chewy texture; when you bite into them they just melt in the mouth. Coating with egg yolk and demerara sugar gives them a delicious crunch and the mincemeat is half bought/half homemade because we enrich it with Christmas spices, lemon, orange, brandy and cranberries. I mean, what's not to like. Mouth watering.

It is forsooth an untruth that mincemeat was made with meat in t'olden days. Meat was only used as a variation in some recipes. Currents and candied peel were the filling often used. Suet was added in later recipes because it melted and produced a richer filling. Mince pies were often a part of Saxon yuletide get-togethers, so it is a lovely to know that mince pies are still something we make to share with others at this time of year.

So it's up to us all to keep up the tradition! 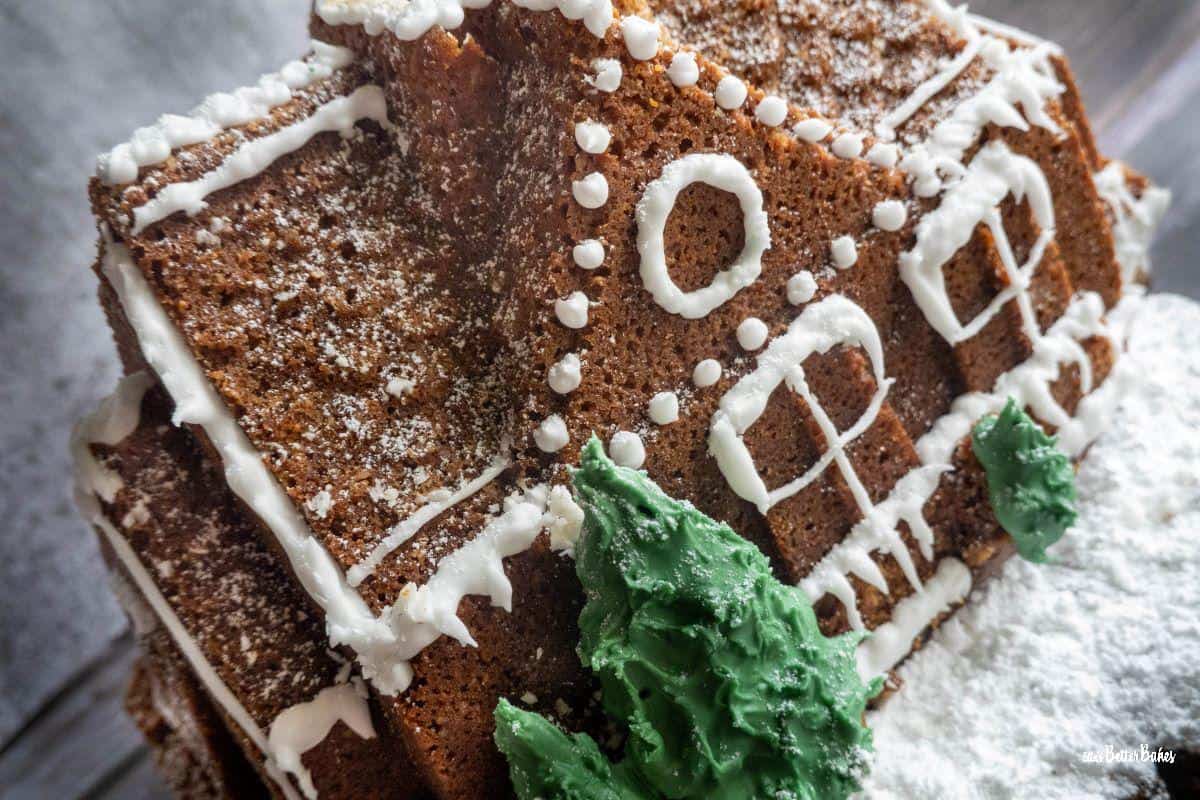 Want something Christmassy to make with the kids? How about this
Golden Syrup Gingerbread House

Puff pastry: bought puff pastry is now so good that it's really not worth making your own, but if you want to then this recipe is a good one to follow.

Mincemeat: try to go for one that is middle of the road, not too cheap and not too expensive. The cheaper ones tend to be a bit sparse on filling and the expensive ones tend to try too hard and miss the mark. We bring the mincemeat alive with our own enhancements anyway, so it does't need to be top-end.

Dried cranberries: make sure these are not stuck together in clumps before you add them. Cranberries add a lovely flavour dimension to these Puff Pastry Mince Pies.

Brandy: always worth adding a glug of spirits to your mincemeat to really pimp it up a bit. I prefer brandy as it brings a fire of fire to the proceedings. Amaretto works very well too, but bear in mind it is has a very strong almond flavour, so only add a teaspoon and then try it first before adding more. Or you can add a drop of sloe gin, or for boozy and orangey go for some Cointreau.

Satsuma and lemon zests: to bring some citrus sparkle to your mince pies. Satsumas can be replaced with orange zest.

Walnuts: I like using walnuts because they have a lovely mellow flavour and are quite a soft nut, so they blend in well.

Ground cinnamon and ground cloves: the warm tones of these two spices are perfect for adding a bit more Christmas to your mincemeat.

Egg yolk: to glaze your mince pies and give them a nice shiny sunny exterior. If you don't have an egg just use milk instead.

Demerera sugar: to add some crunch to the top of the mince pies.

There are lots of different combinations you can try with mincemeat. Quite honestly, I tend to throw in whatever I have spare, whether that be chopped whole almonds, chopped nuts, or even chopped up prunes or dates. You can't really go wrong, the more the merrier!

Amaretto and almond mincemeat: simply replace the brandy with 2 teaspoons of Amaretto and the walnuts with the same amount of flaked almonds. To make your Puff Pastry Mince Pies even more almondy, add some chopped marzipan to the mincemeat.

Fruity mincemeat: for this one add a chopped eating apple or pear to the recipe and replace your brandy with freshly squeezed orange juice or, if you still want boozy mince pies, some Cointreau.

Want fresh mince pies at the drop of a (Santa's) hat? 🎅

Simply make up a batch, leave out the egg wash but do add the slit in the top.

Then wrap your Puff Pastry Mince Pies individually in cling film (plastic wrap) and freeze them.

When you fancy a mince pie all you need to do is heat your oven to the temperature in the recipe, brush on a bit of glaze and bake. They will just take a few minutes more to bake, so about 22-25 minutes. Once golden on top they are ready!

Cooked Puff Pastry Mince Pies will keep for up to a week in an airtight container, the pastry will soften as the days go on.

Should you let puff pastry come up to room temperature before using it?

You want your puff pastry just soft enough to roll out, so usually leaving it out of the refrigerator for about 10 minutes is enough, depending on the climate where you live. If your pastry has warmed up quite a bit, I recommend that you refrigerate your mince pies for 15 minutes before baking, so that the layers do not converge in the oven.

Are there any traditions linked to mince pies?

In the middle ages it became a popular tradition to eat a mince pie from Christmas Day until Twelfth Night. It was said that following this tradition would bring happiness for the following 12 months. If that isn't a good enough reason to eat mince pies daily I don't know what is!

Other Christmas Recipe ideas on ellasbetterbakes.com:

Fancy making an ALTERNATIVE dried-fruit-free Christmas Pudding?
Give this recipe a go:

Mulled Wine Steamed Christmas Pudding
An alternative to traditional Christmas pudding, this steamed pudding bursts with spices and citrus flavours and is topped with a delicious and jammy mulled wine syrup.
Take Me To The Recipe! 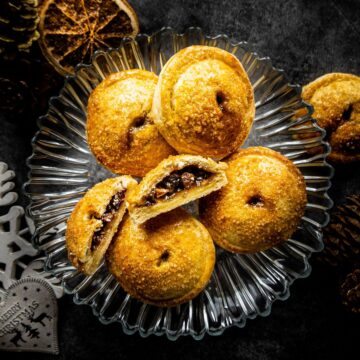 We use cookies to ensure that we give you the best experience on our website. If you continue to use this site we will assume that you are happy with this.OkDeclinePrivacy Policy